As I sat in the dark theatre, my father by my side, I eagerly awaited the beginning of the real-life version of Cinderella. My anticipation for this movie had grown in the previous weeks, and I was thrilled to finally be seeing this film. As the classic Disney beginning started, my eyes locked on the screen. 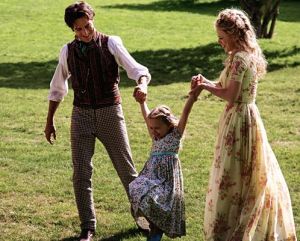 Starring Lily James as Cinderella and Richard Madden as Prince Charming, this movie did not disappoint. One of the most repeated phrases of the film comes from Ella’s mother, played by Hayley Atwell, who tells her young daughter to, “have courage and be kind.” Young Ella takes these words to heart and throughout her growing up years, whenever she feels discouraged or frustrated, she remembers to, “have courage and be kind.” 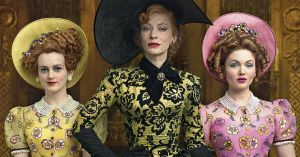 The relationship between Ella and her stepmother and stepsisters was marvelously depicted. I thought they did a wonderful job of this. 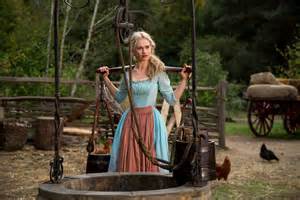 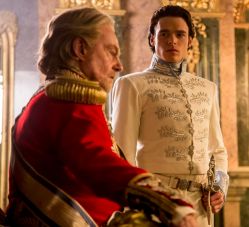 I found it fascinating how both Ella and Kit, the prince, were insecure about the other discovering who they truly were. As a royal heir, he worried that if she knew who he was, she would treat him differently and not as a normal, human being. Ella, on the other hand, realized she did not have anything to offer him besides her heart. She did not have riches or land or parents, all she had was herself. And would that be enough?

Further, one of the climatic points in the movie, at least for me, occurred when Ella, wearied from trying and trying to be kind and good to her stepfamily, finally asks tearfully (paraphrased), “why do you do this? why are you so cruel?” It was an important moment and the stepmother’s response is eye-opening (again, paraphrased). “Because…you are good, and young and innocent, and I am – ” here she halts and darts out of the room, locking Ella within.

Another wonderful line from the movie, comes from Ella herself. She passionately tells Kit, “Just because it’s what’s done doesn’t mean it’s what should be done!” This is so true. Just because society tells us one thing – does not make it correct! Just because some of our peers give themselves away – does not make it right! Wrong and right are absolutes, and while we as sinful beings may get them mixed up at times, it does not change what they are. 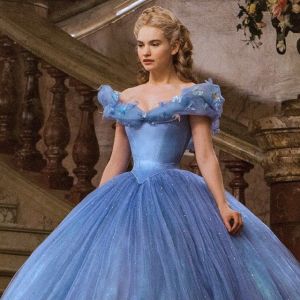 And I could not talk about Cinderella without referencing her dress! Oh my, it was stunning! A vivid blue, sparkling in the light of hundreds of crystals on the chandeliers caused all to see her to stare in amazement. One of my favorite lines in the movie comes from the ballroom scene. Ella says to Kit, “they’re all looking at you,” and he promptly replies with, “believe me, they’re all looking at you.” I found this incredibly sweet.

Lastly, at the very end of the movie, Ella turns to her stepmother and tells her she is forgiven. This is an amazing act by her, seeing as how she was treated with disgrace. In all, this was a wonderful film that I would recommend to anyone! And as it goes, they lived happily ever after. The End.