For those of y’all who didn’t realize it, American Idol started back this past Sunday! This year the judges are Lionel Richie, Katy Perry, and Luke Bryan, and of course, with Ryan Seacrest as the host.

As I was watching the second night, the very last audition shown caught my attention – and maybe, not for the reason that one would first think. If you haven’t watched it, I would encourage you to check out the clip below:

David Francisco auditions for them, and when he first walks in, you notice the braces that are helping to support his arms and weight. Like they do with many of the auditions, they explain the history of the person, and David was no different. In 2016, he moved to Nashville for the purpose of pursuing music, and in a tragic turn of events, was hit by a distracted driver who ran a red light. A bike offers no protection in the case of an accident, and this situation caused him to be paralyzed from the waist down at only twenty-three years old.

A friend wrote him a letter to encourage him not to give up, and long story short, that friend – Christie – is now his fiancé.

For his audition, David sang “Isn’t She Lovely” by Stevie Wonder.

As he is singing, you can see that Katy Perry starts to really tear up and get emotional. I couldn’t find the exact clip – this video doesn’t show it, but after they walk out of the audition room, you can hear Katy say, “It’s the purest kind of love” referring to the couple.

When I was talking about it with my mom, we came to the conclusion that it wasn’t his story in and of itself that brought her to tears. It was the fact that he and his fiancé were so in love, despite all of the difficulties that life had thrown at them. How Christie, chose to stay by his side and love him through everything, even when he could not walk or dance or do all the activities that you would normally find a couple doing. She could have easily decided to leave him and find someone else, someone who was completely healthy – but she did not. Christie stayed by his side.

And most of Hollywood does not have that.

They have cheapened romance and love, thrown commitment out the window – made having affairs something to be admired and sought after. There is no depth, no lasting promise to stay with someone forever – even when you disagree, argue. 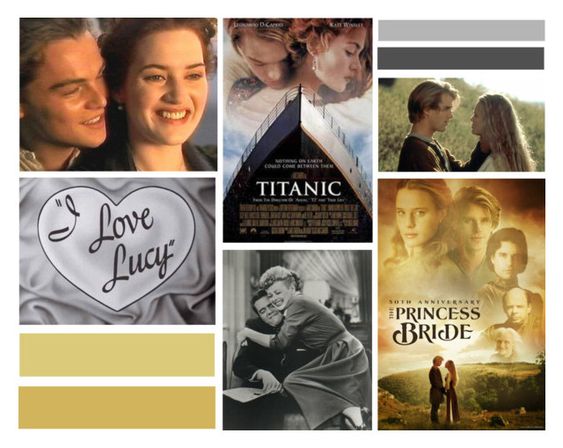 Where are the stories like Jack and Rose from the Titanic, how he would rather die than see her perish? Or The Princess Bride with Buttercup and Wesley, the loyalty and willingness to not care whether they were poor on the farm or living in the grandest castle? What about the comical adventures of Lucy and Ricky Ricardo, from I Love Lucy, who were committed and enjoyed the journey of life together?

The amount of classic, appropriate romances coming out of Hollywood, that actually have depth and commitment, are unfortunately not many. This is why, I believe, Katy Perry became so emotional watching David singing, and Christie lovingly waiting on the sidelines.

She does not see that in her day-to-day life. Most people, especially in the stardom industry, could care less about keeping vows that you make to someone – if they even manage to become committed enough for marriage!

It is truly sad how far our society has gone, and the relationships and family unit that have suffered as a result. Divorce? Cheating, affairs? Far more common than it should be. And what really gets me angry, and stumped if I’m being honest, is how people can cheat on their spouses when they have children?! The notion that having an affair and then divorcing because of that or because you do not want to have to do the hard work in a relationship, the idea that this does not affect the children is absolutely ridiculous.

As a society, we need to start taking back these things. Why should we let how Hollywood and the media portrays relationships, love, and sex dictate our actions? We are better than that – we need to be better than not.

I’m not so naïve to think that this is easy. We are all sinners, who unfortunately struggle with sin. Nothing good ever came easy, but for heaven’s sake, let’s start doing something about it.

If we fail, well, there’s the next day to try again. But we a society, we need to start redefining romance and love to what it is actually meant to be…sincere, loyal, committed, respectful.

Let’s stop lowering our expectations with these “celebrate a one month anniversary” for dating. Yeah, that’s great that you’ve been dating for one month! Exciting, fun. But in my opinion, one month is just getting to know someone – it is not even a true test of commitment yet. What we should be celebrating and encouraging others to do, is for someone who is resisting the temptation to sin in a relationship – cheer them on! Encourage them. What we should be making a big deal of, is for those who get through the first year of marriage, for those who have been married for ten years, twenty years, fifty years. For the people that say we are going to stay together and work through these issues in our relationship. For the couples that decide to be committed and not leave the other, even when hard times hit.

Faithfulness is such an important component in life. No one would ever abandon a pet, or decide after two weeks of working at a job they had dreamed about for their entire life to quit – most people wouldn’t that is…then why do we treat relationships any differently?

Both sets of my grandparents, and my own mom and dad, have demonstrated what it looks like to be faithful even in the midst of hardships. Being faithful doesn’t mean you always agree with the other person, or even like them very much at some particular moment, but it does mean that you stick with them through thick and thin.

And honestly, I think that’s why having faith in Jesus as a part of a marriage is so important. When you have Jesus, then you have a higher loyalty – so even on the days when you want to give up, you can remind yourself of the promise you made to God. Not only that, but looking at the example of Jesus. He loved us even when we did not love him back, and he continues to love us even when we blatantly oppose his authority and sin.

In conclusion, I hope that Hollywood will create more films like The Greatest Showman that show love with depth, sincerity, and commitment, and as a society, I pray that we will start reclaiming the true definition of love and not let it be changed to something that is cheapened.